Alexander McCall Smith: How to Raise an Elephant 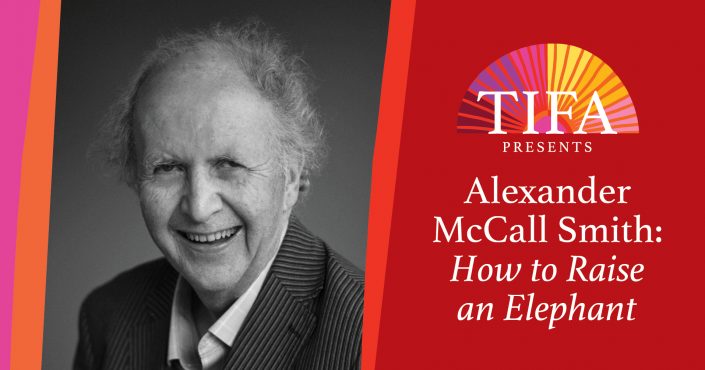 Fans around the world adore the bestselling No. 1 Ladies’ Detective Agency series and its proprietor, Precious Ramotswe, Botswana’s premier lady detective. In this charming series, Mma Ramotswe – with help from her loyal associate, Grace Makutsi – navigates her cases and her personal life with wisdom, good humor, and the occasional cup of tea.

In his newest novel, British-Zimbabwean writer and Emeritus Professor of Medical Law at the University of Edinburgh, Alexander McCall Smith, brings the 21st edition of his beloved series with How to Raise an Elephant. You can pre-order the book here.

Alexander McCall Smith joins the Director of the Toronto International Festival of Authors, Roland Gulliver, in this special in-conversation event. This event is presented in partnership with the Toronto Public Library.

Alexander McCall Smith is one of the world’s most prolific and best-loved authors. He has written and contributed to more than 100 books including specialist academic titles, short story collections and a number of immensely popular children’s books. His various series of books have been translated into forty-six languages and The No. 1 Ladies’ Detective Agency series has now sold over twenty million copies in the English language alone. Alexander has received numerous awards for his writing, and received a CBE in 2007 for services to literature and was honoured by the President of Botswana for services through literature to the country in 2011. (Photo credit: Michael Lionstar)