Take a literary walk through the neighbourhoods that inspired your favourite Toronto stories. In each episode, local authors bring their neighbourhoods to life through readings, interviews and ambient recordings. Featuring Natasha Ramoutar, Sidura Ludwig and more.

Travel to Parkdale with Jillian Tamaki, author and illustrator of Our Little Kitchen. Though the picture book was originally inspired by Jillian’s time volunteering at a soup kitchen in Brooklyn, New York City, we spoke to Jillian about how her current relationship to Parkdale both mirrors and stands in opposition to her former home, including five local waypoints that she draws inspiration from today.

Travel to Thornhill with Sidura Ludwig, author of You Are Not What We Expected. The book, a collection of short stories all set in the same Thornhill community, explores the capacity for great change and great heartache behind the veneer of suburban homogeneity. Similarly, we spoke to Sidura about five waypoints that suggest Thornhill is not at all what we expected.

Travel to Downtown Yonge with Brian Bradley—but not as it exists today. In his debut book, Outrageous Misfits, Brian traces the lives and careers of female impersonator Craig Russell and his wife Lorie Eadie, largely tied to the neighbourhood’s history of queer spaces and establishments. We spoke to Brian about five waypoints from that era and the enormous transformation that’s taken place since.

Travel to Scarborough for a special tour that’s been collaboratively mapped by several guests representing the upcoming Feel Ways: A Scarborough Anthology. The anthology brings together emerging and established writers to shed light on a borough often mischaracterized and misunderstood. You Are Not What We Expected 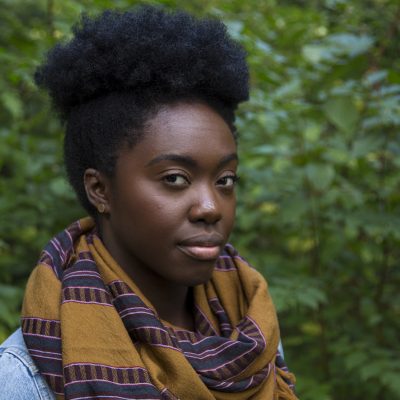