Insomniac Press was founded as a poetry chapbook press in 1992 by Mike O’Connor. Over three decades, Mike evolved Insomniac into a mid-sized independent press known for eye-catching and boundary-pushing poetry, fiction, and non-fiction titles. In 2020, under the guidance of a new editorial board, the press has evolved again: the new mandate of Insomniac Press is to amplify voices that resist oppression. This new Insomniac combines some of the best aspects of other Canadian presses: the foregrounding of an editorial board that is diverse in experiences and identities (like Buckrider Books), a prioritization and of care for authors (like Invisible Books) and of writers from marginalized & underpublished communities (which many presses are shifting toward), and the expansive network that comes with a geographically distributed editorial board (like Brick Books). Our mission is to publish literature that is politically and socially anti-oppressive–as well as aesthetically accomplished or radically adventurous–while providing authors with a safe, supportive, and transparent publishing experience.

Because the status quo of book distribution is crumbling, new and renewed small presses have the opportunity to reinvent everything, extending their mandates beyond editorial selection. Capitalism and nationalism have failed authors and readers. Now, we can enact our politics–in our organizational structure, in our modes of operation, in our marketing and sales approaches, and in how we interact with authors and readers–without being deemed ‘uncredible’ or ‘idealistic.’

While Insomniac retains a strong presence in London and Toronto, Insomniac’s two traditional headquarters locations, we’re now cultivating an author base and a readership that is geographically dispersed and that is part of many different communities. Insomniac’s new mandate has required us to rethink the notion of a local or “immediate” literary community and to be ever open to working with authors and editors beyond our own networks. In concrete terms, Insomniac encourages authors to work with editors who share in their experiences and identities, which often means looking beyond our editorial board and offering professional, paid opportunities to new and developing editors in our authors’ communities. Our near-future plans include a chapbook imprint and a zine imprint, which will allow us to offer publishing opportunities to new and developing authors as well.

Sydney Warner Brooman, The Pump, stories, October 2020
By showing us the horrors of a world just a few ecological adjustments away–a loosened gear, a dropped decimal place, a few slightly hungrier animals–this debut collection of linked short fiction allows us to recognize the horrors of own world. Brooman’s stories bloom out of rural decay, but what’s magical or impossible or psychologically inexplicable seems so socially apt, so much truer than a bland ennui or a cliched get-out-of-town-ed-ness. It’s Southern Ontario Gothic meets a Ben Wheatley film, but it celebrates queerness and points toward hope.

Jane Creighton, Blue and Many Other Colours, poems, October 2020
It’s quite rare that a poet’s collected works is also that poet’s debut collection and a posthumous work–but typesetter and artist Creighton was so committed to experimentation and performance that the vast majority of her poems went unpublished during her lifetime. While assembled with precision and care by those who knew her, this book will drop onto readers’ tongues like a big, sloppy water balloon. It is incisive, unapologetic, and sassy as hell.

Christopher Evans, Nothing Could Be Further from the Truth, stories, October 2020
This debut collection is unique in that way all debut authors hope theirs will be: it is crafted with the ambition of a first book, the obsessive precision of a second book, the refined skills of a third book, and the wisdom and confidence of a fourth, fifth, sixth. What’s so important about Evans’s stories, though, is how he works sustained and expertly subtle critiques of masculinity into the very foundations of his worlds. He doesn’t need to trot out clownish cage-fighting characters to show you how absurd, self-damaging, and dangerous the boundaries of ‘manhood’ can be. This collection sets a new standard of self-awareness for fiction written by men.

Insomniac’s renewal has come at the least and most opportune time. ‘Least’ because a press reinvention at the same time as a pandemic and economic downturn means our new team is working without any firm benchmarks. ‘Most’ because there has never been more need for a press with our mandate. 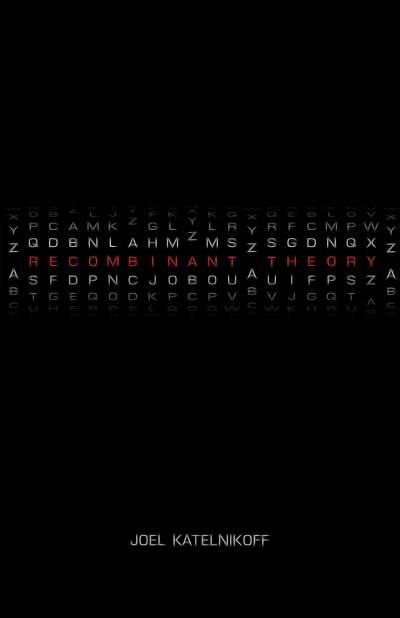