Didier Leclair (Didier Kabagema) was born in Montreal to Rwandan parents. He grew up in Africa—Gabon, Benin, Togo, Ivory Coast and Congo-Brazzaville—and returned to Canada in 1987. Since then, he has been living and writing in Toronto. In 2000, his novel Toronto, I Love You won the Prix Trillium, and he has also been a finalist for the Trillium in 2011, 2016 and 2018. His second novel, Ce pays qui est le mien, was shortlisted for the 2004 Governor General’s for French-language fiction, and its English translation, This Country of Mine, was a finalist for the 2018 Toronto Book Awards. 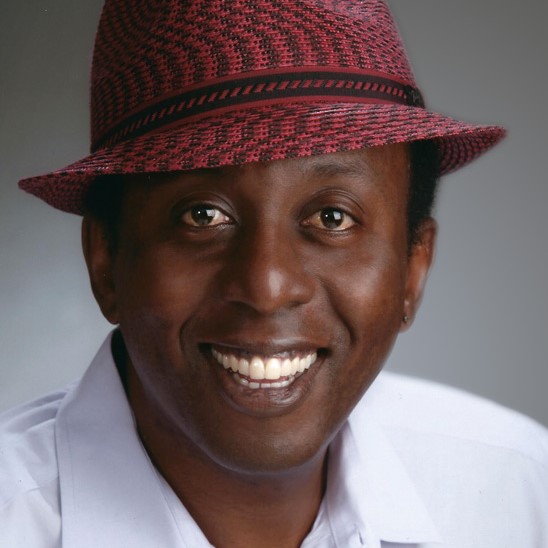 Devakanthan was exiled by the Sri Lankan civil war and now lives in Toronto. He has written numerous essays, short stories, and novels and is an active member of the Toronto Tamil literary community. His work is read and studied internationally, in his homeland and among the diaspora. The Prison of Dreams quintet of novels is an epic examination of the ethnic tensions in Sri Lanka, the marginalization of the Tamil minority and the trauma of civil war and exile. His Sacred Army, the quintet’s first volume, won the Tamil Nadu Government’s “Novel of the Year.” charles c. smith is a poet, playwright and essayist who has written and edited fourteen books. He studied with William Packard at New York University, at Herbert Berghof Studio as well as the Frank Silvera Writers’ Workshop. His writing has appeared in numerous publications, including Poetry Canada Review, Quill and Quire, Descant, Dandelion and Fiddlehead. He is Executive Director of Cultural Pluralism in the Arts Movement Ontario and Artistic Director of the Wind in the Leaves collective. His recent books include travelogue of the bereaved, The Dirty War: The Making of the Myth of Black Dangerousness, whispers and destination out. Sheilah Madonna Salvador moved to Canada with her family when she was 16 and lived in Scarborough until her 20’s. She is an ongoing contributor to the Puritan’s Town Crier blog and was shortlisted for the Eden Mills Writer’s Festival Poetry contest in 2018. She has been published in David F. Shultz’s Hamthology and is one of the writers and performers for Encounters at the Edge of the Woods, the first ever Indigenous play to be produced and performed at University of Toronto’s Hart House Theatre. When not writing, you can find Sheilah taking pictures all over Toronto as she plots and plans her next tale. Natasha Ramoutar is an Indo-Guyanese writer by way of Scarborough (Ganatsekwyagon) at the east side of Toronto. She is the Social Media Assistant at the Festival of Literary Diversity. Her poetry collection, Bittersweet, was published by Mawenzi House in 2020. Cindy Arlette Orellana is a Montreal-born, Ottawa-raised and Toronto-based poet and writer. As a first-generation Canadian born to Haitian parents, Cindy uses her experiences as a visible minority, and the dichotomy and realities of colourism and spirituality within her community, to inspire her storytelling and shed light on the experiences of Caribbean diaspora.

Her poetry has appeared in the Toronto Writers Collective, The Temz Review and is forthcoming in Feel Ways (2021), an anthology featuring the work of Scarborough writers and poets about the east-end borough they call home. She is also working on her debut poetry chapbook, Unchained Sisters. Adom Acheampong is an emerging writer who works in short fiction and prose, and is inspired by the poetic potential of words. She has performed at a number of venues across Toronto, including the Draft Reading Series and the Tartan Turban. One of four 2019 Writers-in-Residence with Firefly Creative Writing, Adom’s short story Ehonam has been published online through Broken Pencil Magazine, and most recently, her short story Champions, is set to publish within Feel Ways: A Scarborough Anthology this Spring 2021.